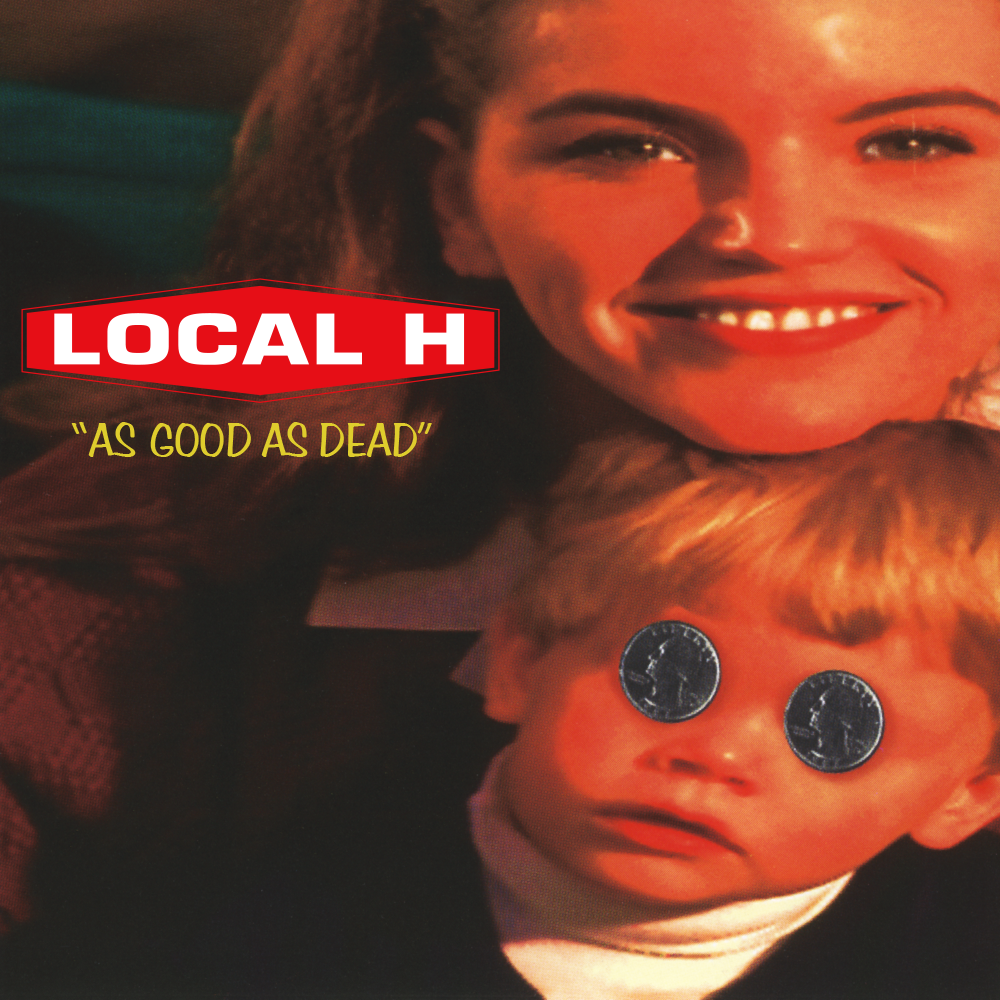 Local H will dig into their back catalog and release their breakthrough album As Good As Dead on 180 gram vinyl on April 15th via srcvinyl. This re-issue marks the first time that the album will ever be available in this format. The high-quality, double LP will have a premium gatefold jacket and insert. Pre orders will launch soon here:

Local H will celebrate the 20th anniversary of their sophomore album by playing As Good As Dead in its entirety during a weekend of hometown shows at Metro in Chicago on Friday, April 15th (18+ show) and Saturday, April 16th (all ages). The two-man band will first play a short set of songs culled from last year’s widely praised album, Hey, Killer, along with music from their other six studio albums and EPs. After a brief intermission, they will return to the stage and play As Good As Dead from start to finish. There will be no opening act. Individual show tickets and weekend packages, including entry to an intimate, acoustic set on Saturday afternoon, will be available.

As Good As Dead, Local H’s second full-length album, was produced by Steven Haigler (Quicksand, Pixies) and was originally released on April, 16, 1996 on Island Records on CD and cassette. The record was the band’s first foray into making a concept album and is centered around life in a dead-end, small town. Venerable rock critic Robert Christgau gave the album a stellar A- review in the Village Voice, writing, at the time, “…I wish Pearl Jam, whose leader stars in the title song, packed such isometric power — that sense of tremendous force bravely exerted against implacable reality — and I say the exercise makes all of us stronger.”