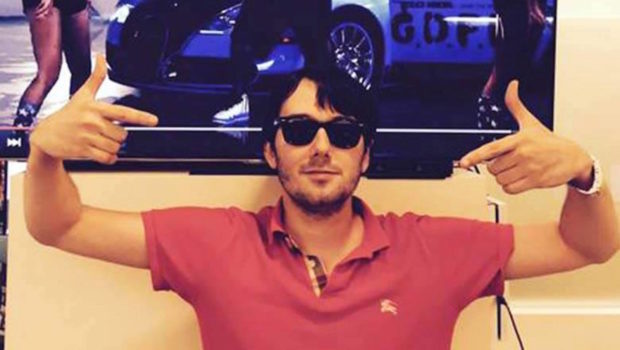 Seems there will finally be some justice for the Wu-Tang Clan (and some other folks too). On Friday, a U.S. District Judge sentenced the infamous “pharma bro,” Martin Shkreli, to seven years in prison for defrauding investors and other stock shenanigans. (That’s actual legal term. Don’t bother looking it up.)

The Wu-Tang connection comes in the form of an absurdly rare and never-before heard album called, Once Upon a time in Shaolin, that Shkreli purchased for $1 million in 2015. For months, Federal Prosecutors had been asking for the album, part of some $7.76 million in assets, to be seized from Shrekli. On Monday, Judge Kiyo Matsumoto finally gave the order, giving Once Upon a Time — as well as Lil Wayne‘s unreleased Tha Carter V — a new owner: The U.S. Government.

Wu-Tang member U-God, who spoke with TMZ last week, hopes the Federal Government will return the album to its rightful owner. “That’d be kinda cool if I could get my record back,” the rapper said. “So it could go out there and generate some sales for my family.”

Amusingly the band attempted to downplay the record’s place in the Wu-Tang’s discography last year. Domingo Neris, a manger for U-God, told Bloomberg that Shaolin wasn’t “an authorized Wu-Tang Clan album.” It’s widly believed the album began as a homage to the New York collective by rapper/producer Cilvaringz, who later sought (and got) the endorsement of Wu-Tang leader, RZA.

So what happens to the record now? Unless Shkreli can win the it back in a separate trail, it will most likely be sold off at public auction. And as far as U-God is concerned, the Wu-Tang won’t be bidding. “I’m not gonna buy something I made,” he told TMZ.

Then, playing his part perfectly in the deepening mystery that is Once Upon a Time in Shoalin, U-God let slip that he and Redman have a song with Cher on the record. “That’s all I can tell you about the album,” he told TMZ.