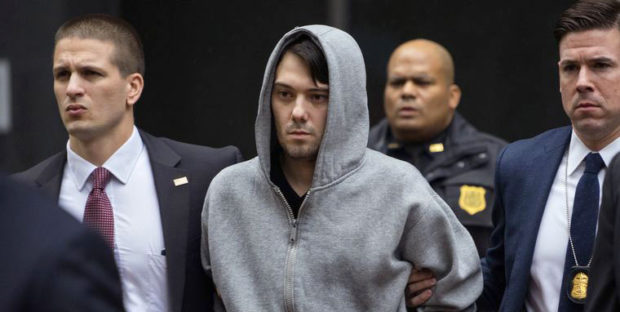 The continuing saga of that Wu-Tang-not-a-Wu-Tang record, Once Upon a time in Shaolin, may be entering a new chapter.

When we last left off, the one-of-a-kind record was being auditioned off on eBay by its current owner, Martin Shkreli. It would eventually sell for $1 million — half of its original purchase price — to a buyer who was privately negotiating the sale outside of the auction site.

As it turns out, it was all for naught. Shkreli, who was recently found guilty of defrauding investors, now has been ordered by Federal prosecutors to forfeit $7 million in assets – including said Wu-Tang record. According to The Washington Post:

“Shkreli should turn over two rap albums — the only known copy of the Wu-Tang Clan’s “Once Upon a Time in Shaolin” and Lil Wayne’s “Tha Carter IV” — as well as $5 million in cash, interest in a company he started, Touring Pharmaceutical, and a Picasso painting, prosecutors said. They also asked that he give up a World War II-era Enigma code-breaking machine used against Nazi Germany.”